The American Civil Rights Project knows that Americans’ civil rights are individual rights, equally held by all (regardless of whether those rights are understood as a positive enactment of centuries of ratifiers or as the common endowment of all children from nature and nature’s God). The ACR Project exists to protect and, where necessary, restore the primacy of all Americans’ shared civil rights. And we need your help!

Learn About Our Mission

Learn more about our mission and goals.

Meet our dedicated officers and directors.

Donate to Support Our Mission

The American Civil Rights Project, a public-interest law firm, seeks to assure that American law equally protects all Americans. The ACR Project needs your help to pay for its efforts seeking to accomplish that goal. The ACR Project is a tax-exempt public charity, under Section 501(c)(3) of the Internal Revenue Code, so all contributions to the ACR Project may be tax deductible under Section 170 of the Code. 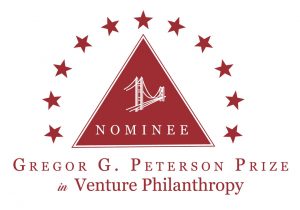 Open Letter on Behalf of Shareholders to Officers and Directors of Dropbox, Inc.

Last week, reports indicated that a single senior executive at Dropbox had tweeted that she and it would “choose to prioritize folks in our BIPOC and URM communities” in filling a job opening.  As initially covered, the disclosure appeared to reflect a single executive’s rogue statement. The ACR Project’s further investigation has determined otherwise. Accordingly, on behalf of shareholders, we've demanded the retraction of the company's illegal, discriminatory hiring and promotional policies.

Open Letter on behalf of Shareholders to Officers and Directors of JPMorgan Chase & Co.

Today, on behalf of a set of concerned JPMorgan Chase shareholders, the ACR Project demanded that the company publicly retract a host of illegal, discriminatory policies it has adopted. These [...]

Under pressure from the ACR Project, Pittsburgh, Pennsylvania has canceled its race-based municipal basic-minimum-income program.