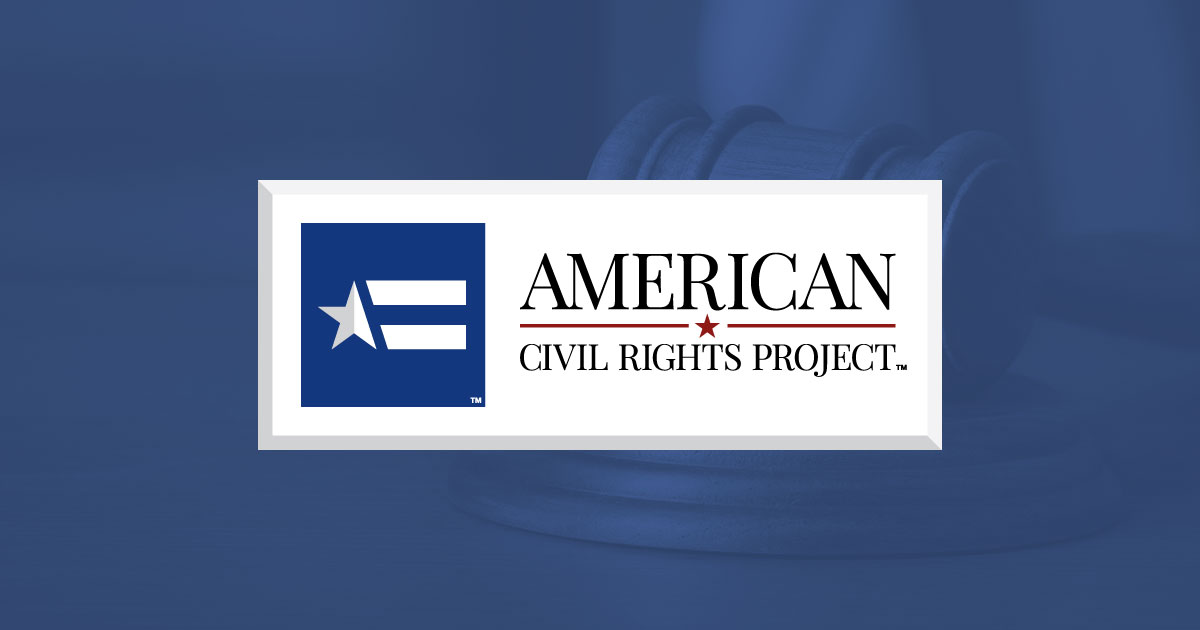 Title VI of the Civil Rights Act of 1964 establishes that “No person in the United States shall, on the ground of race, color, or national origin, be excluded from participation in, be denied the benefits of, or be subjected to discrimination under any program or activity receiving Federal financial assistance.”  It is long-since established that this provision bars federal funding recipients — including both universities and municipalities — from engaging in intentional discrimination based on race, color, or national origin.

Northwestern, like most schools, is a federal funding recipient.  So is Evanston many times over, but most importantly here, as the recipient of more than $40 million in federal money under the American Rescue Plan Act of 2021.

But despite this clearly applicable, undisputed law, the city and school have chosen to jointly fund a wide variety of programs discriminating based on race, color, and national origin.  The shared discriminatory programs range from a collection of race-exclusive small-business incubators to a basic-minimum-income program supporting only undocumented aliens, to a discriminatory arts program, a discriminatory elder support program, and a discriminatory public welfare program, as well as a planned migration of city personnel toward “operat[ing globally] through a racial equity lens.”  For both one of the race-exclusive small business incubators and the basic-minimum-income program, it appears that funding comes exclusively from: (a) Northwestern (through its Good Neighbor Racial Equity Fund); and (b) Evanston’s use of federal ARPA money.

Northwestern has also chosen to separately fund (through a distinct Racial Equity and Community Partnership Grant Program), a host of additional programs seemingly designed to discriminate based on race, color, and national origin.  These programs support a collection of racially defined goals such as the development of “BIPOC STEAM mentors[,]” the “[i]ncreas[e of] representation of Black and Latina women of transgender experience in the research workforce[,]” the “[i]ncreas[e of] racial equity” “through an intergenerational model of caregiver-school collaboration for Black and Latinx children[,]” and more.

Across the board, the city and school’s discriminatory intent is clear, consistent, and overt.

The ACR Project looks forward to OCR and OCRD investigating, confirming the obvious, and either obtaining a voluntary resolution ending these discriminatory programs or a court order ending all federal transfers to both Evanston and Northwestern.