UPDATE: Coca-Cola’s Widely Disseminated Outside Counsel “Guidelines” “Have Not Been and Are Not Policy of the Company”

Home » Blog » UPDATE: Coca-Cola’s Widely Disseminated Outside Counsel “Guidelines” “Have Not Been and Are Not Policy of the Company” 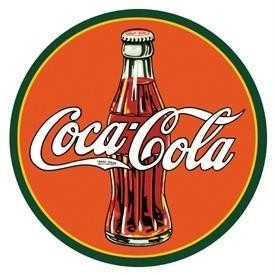 After months of pressure from concerned stockholders, Coca-Cola’s General Counsel Monica Howard Douglas recently let it be known that the illegal discriminatory outside-counsel policies Coke announced with great fanfare last year “have not been and are not policy of the company.” Since the policies in question had clearly and unequivocally been promulgated by Coke’s previous General Counsel—a corporate officer with at least apparent authority to issue them—Coke’s position that they were never its own can be seen as a face-saving measure. We are nevertheless happy that Coke has come around.

In January 2021, Douglas’s predecessor, Bradley Gayton, published the policies in a highly publicized open letter addressed to “U.S. Firms Supporting The Coca-Cola Company.” Under it, Coke’s law firms were required to staff Coke matters so that that “diverse” attorneys performed at least 30% of all hours billed, with “Black attorneys” performing “at least half [15%] of that amount” – note that 15% is not just more than the proportion of America’s lawyers who are Black, but larger than the relevant share of America’s general population. To show compliance, Coke’s law firms were to submit quarterly reports of the race, ethnicity, sex, gender, and disability status of all individuals they assigned to Coke matters. The letter stated that non-compliance for two successive quarters “will result” in Coke’s unilateral reduction of a firm’s future legal fees and that all future consideration for both new legal work and inclusion in Coke’s preferred-vendor list would turn on compliance.

This was clearly illegal race discrimination barred by 42 U.S.C. Section 1981 as well as other anti-discrimination laws. As the ACR Project’s Dan Morenoff put it, “It’s amazing that neither the General Counsel of a large corporation like Coke, nor the large, prominent law firms the policy involved, seem to have considered its direct conflict with American civil rights laws. It’s even more amazing that so many other sophisticated, American corporations have similarly disregarded obvious legal problems to adopt comparably ‘woke’ policies.”

Coke’s announcement of the policies received a good deal of attention in the media and triggered widespread concern. Shortly thereafter Mr. Gayton left as Coke’s GC.

But Coke declined to announce the policies’ withdrawal at that time.  Instead, it leaked that it had “paused” their implementation. Rather than admitting that its General Counsel had erred, the policies were illegal, and that they were therefore reversed, Coke leaked only a “pause” of the policies’ effectiveness. But a “pause” was not much help to Coke’s law firms, especially small ones.  It signaled only delay.  During that delay, Coke’s law firms had to scramble to ensure that they would be able to staff Coke’s work with 30% “diverse” attorneys and 15% “Black attorneys” once the “pause” ended.

For Coke shareholders, these “paused” policies remained a threat to Coke’s future profitability (and, as a result, to the value of their shares.). Maybe Coke’s law firms would not now sue out of fear of retaliation; eventually though, one or more of them, a firm excluded from consideration due to its racial makeup, or an enterprising state Attorney General would. Then, Coke would lose.  Knowing this, the ACR Project wrote to Coke, its officers, and its directors, on behalf of several shareholders, demanding the public retraction of the discriminatory policies.  If Coke had refused, these shareholders would hold Coke’s officers and directors personally liable for breaching their fiduciary duties to investors.

After months of foot dragging, Ms. Douglas responded with her assurance that the discriminatory policies are not now and never have been company policy. Face-saving elements aside, her substantive statement satisfied the ACR Project’s concerned investors. Explained Dan Morenoff, “Coke’s officers and directors recognized that their fiduciary obligations to shareholders made ‘go woke, go broke’ a problem not just for the company, but for each of them. They’ve avoided material personal liability by stopping the company from pursuing the announced, illegal, racially discriminatory contracting policy. That’s an example that every American C-suite should learn from and act on going forward.”